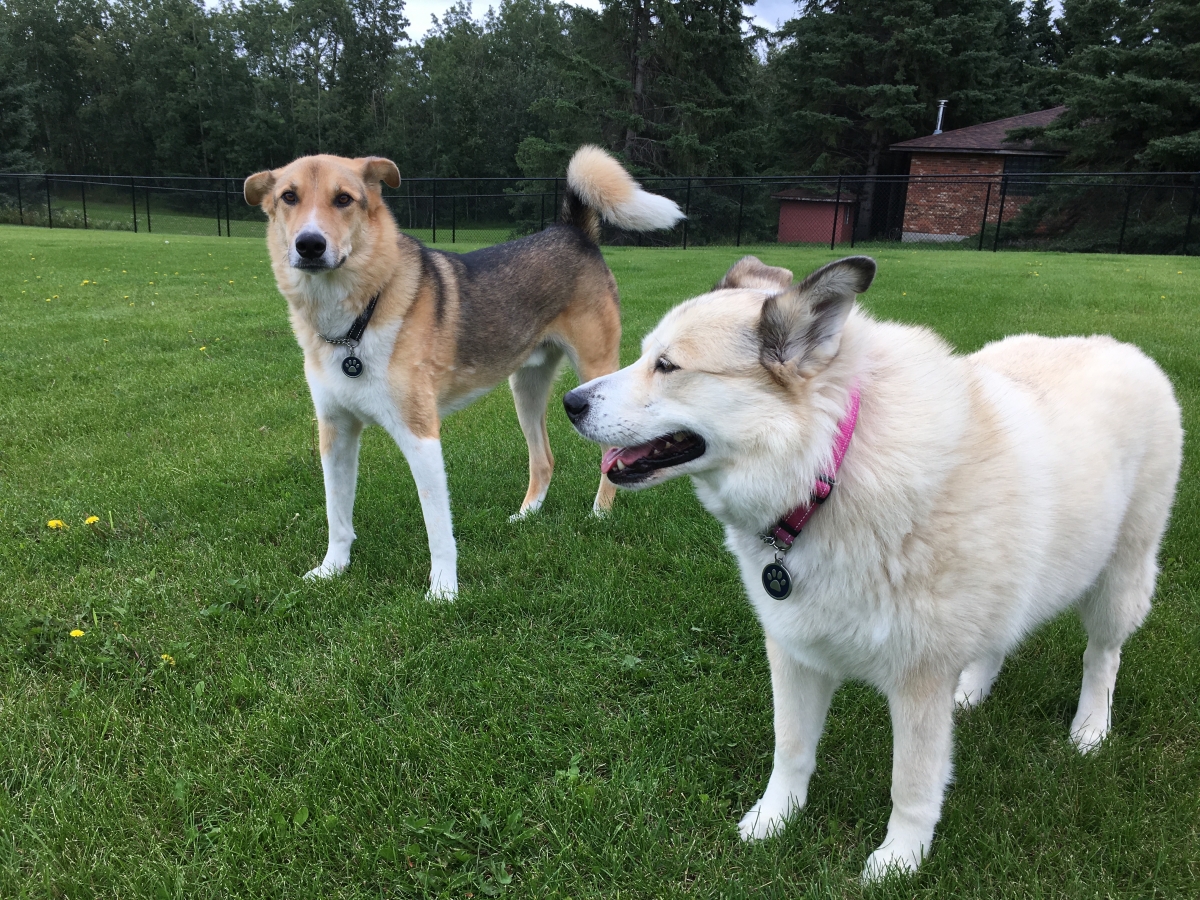 When we first brought Clover home in August of 2014, she was a very timid, scared and nervous dog who did not trust humans at all.  Clover was around 10 or 11 months old when SCARS found her in a northern community and took her in.  She was feral, and in pretty rough shape.  An altercation with a porcupine had left her full of quills and with an infection that almost took her life. SCARS found her just in time and got her the emergency vet care she needed and a foster home.

In the beginning, Clover was very uncomfortable with any human contact. After we first brought her home, it was a couple of weeks before she would come out of her crate on her own, and it was months before she began to accept some human contact. She was so sad and scared! Little by little she improved, and with time, patience, consistency, and, in providing her with a calm, safe, and secure environment she began to come out of her shell and eventually she began to flourish.

She has done extremely well and she has come so far since her time with SCARS. Now, 5 years later, she is a happy, playful, confident, sweetheart of a dog who loves and completely trusts her human mom and dad. Clover is still uncomfortable around strangers, and likely she always will be, but, instead of running and hiding from them now, she will sneak up behind them when they aren’t paying attention and give them a sniff or two. Every once in a while, she will even take a quick pet or a treat from them! Clover likes to stick close to home, where she feels comfortable and safe, and will never be a dog who would like city living, or who will enjoy car rides, busy places, or being taken out of her comfort zone, but she has become a very happy dog who is really loving and enjoying life.

We adopted Oliver after the loss of our senior dog in February 2015 and, realizing it was very important for Clover to have another dog around, we contacted SCARS again where we found and adopted Oliver. Oliver was a return rescue; he had been adopted once as a young puppy and was returned to SCARS when he was about 10 months old.

Oliver suffered from some fears and anxiety’s when we first adopted him, but Oliver has also come a very long way since his time with SCARS and has moved past a lot of his fears. Oliver and Clover are the best of buds and are totally inseparable! Oliver is a fun, loving, goofy, clumsy, happy dog who just loves to cuddle with his humans and play with his sister Clover. In the Spring of 2016, Oliver suddenly began to suffer some neurological/medical issues and spent 4 days in the emergency vet clinic under the care of a specialist. We thought we might lose him, but thankfully, with the help of the specialist who was caring for him, he pulled through and made a full recovery! Oliver is just a great dog who is full of love and wants nothing more than to please his humans and be loved!

Thank you so much SCARS for doing what you do and for bringing these two wonderful, lovable, fantastic dogs into our lives and completing our family! 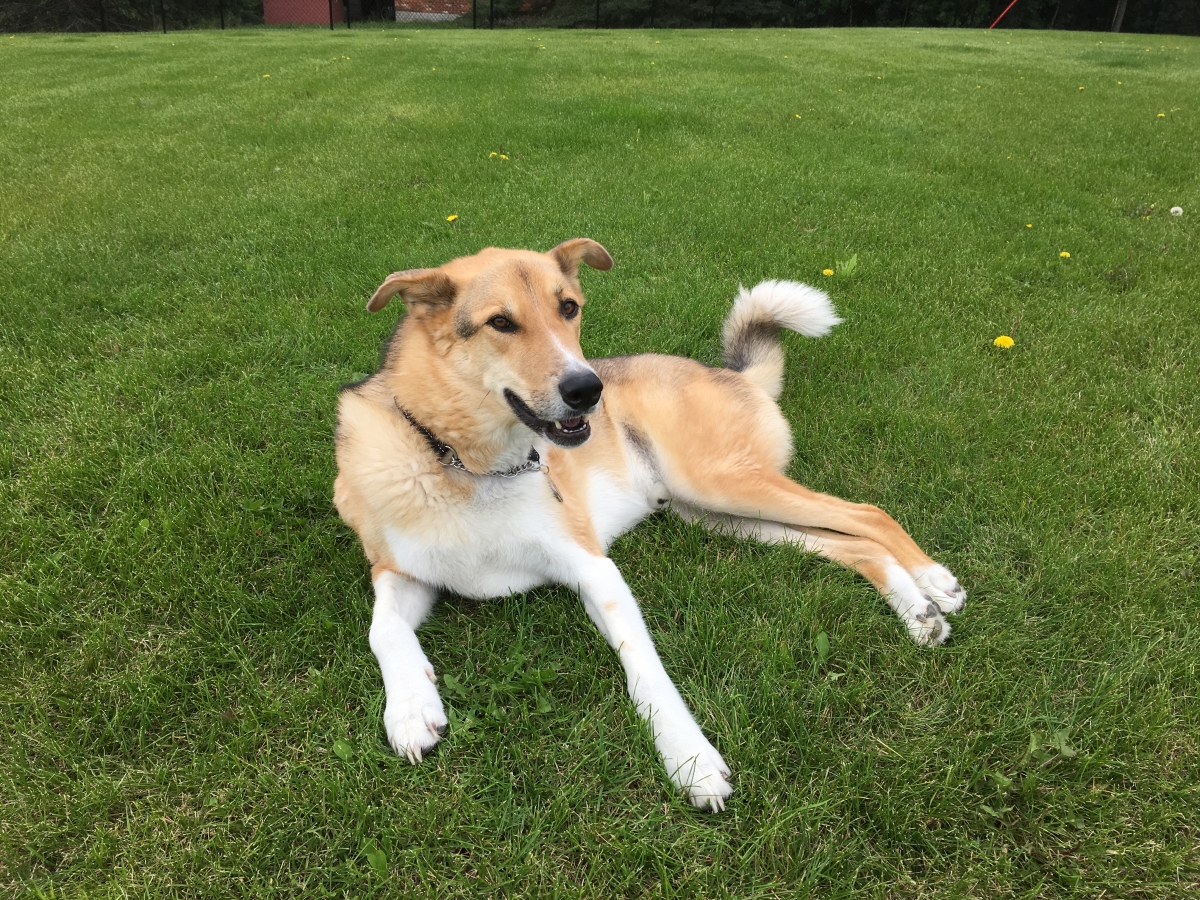 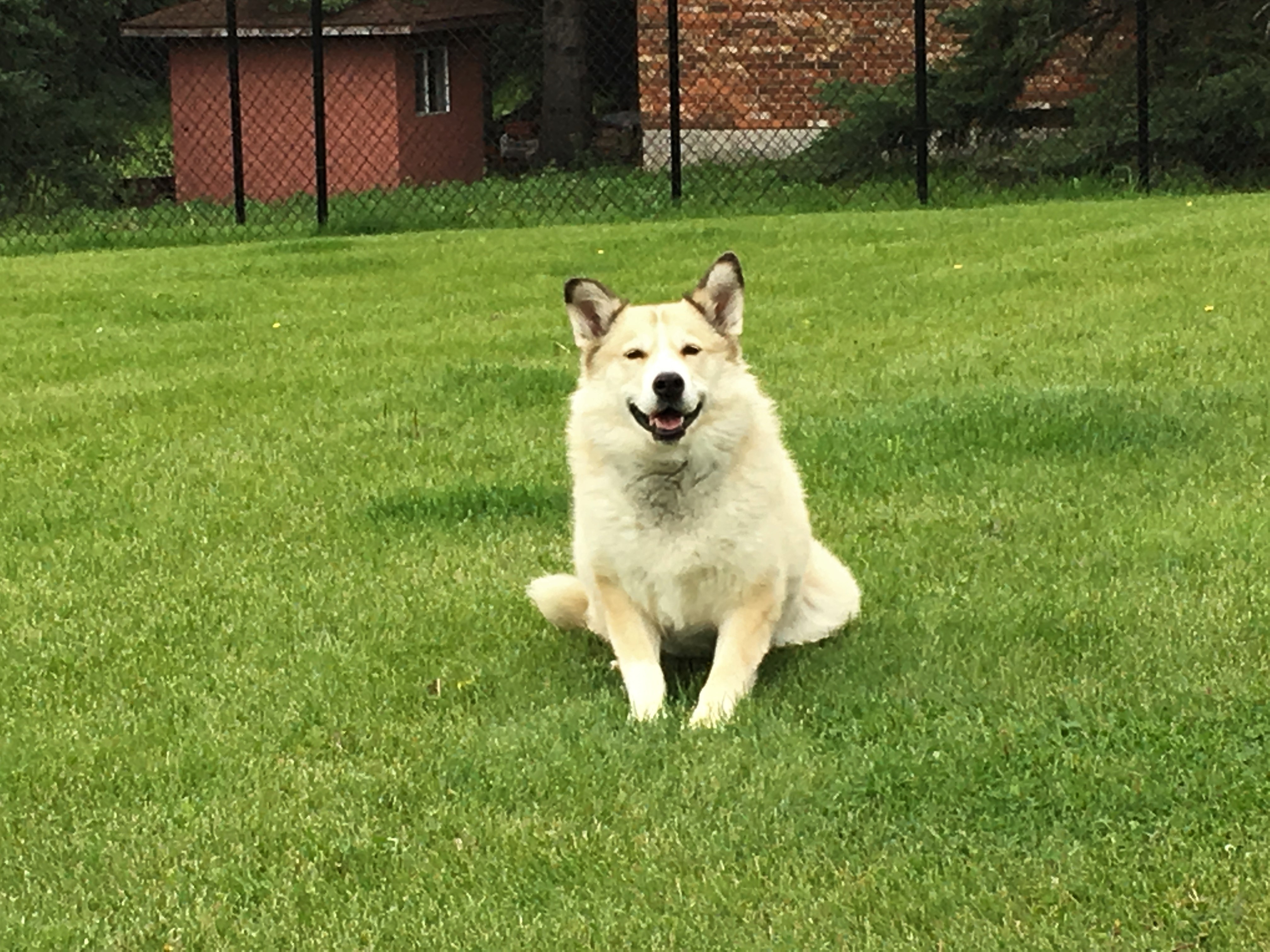