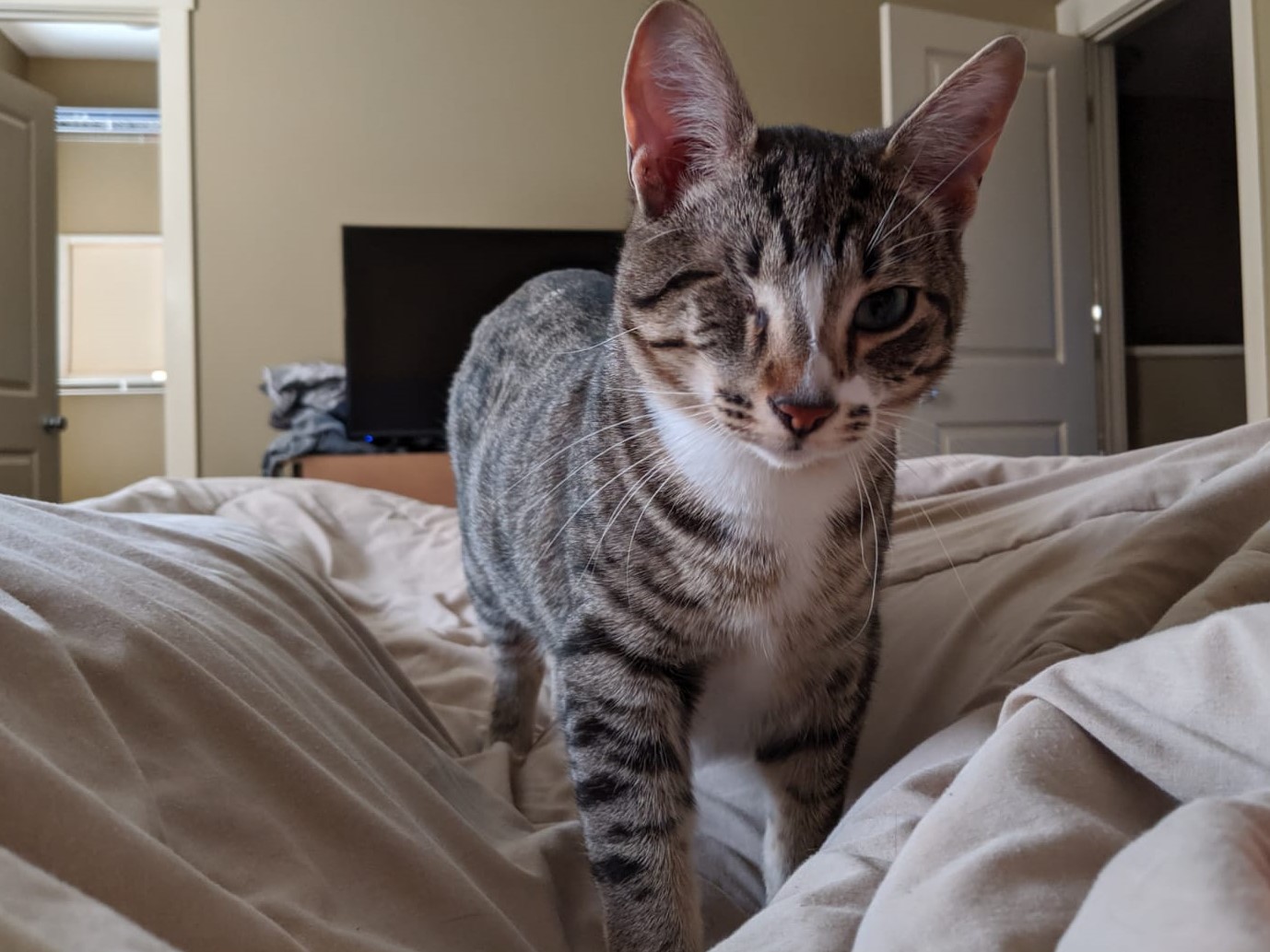 Hi SCARS! I wanted to provide on update on a cat you rescued, named Pi, in fall/winter 2018. Pi was an injured rescue who had an eye removed. I wanted to say that since coming into our home Pi has done extraordinary well. His level of intelligence is beyond any cat I’ve seen. Pi has found a love for puzzle games, playing fetch, and his little sister Sneakers. Pi also has developed an amazing ability to get along with any animal he’s introduced to, I’ve never seen a cat win over another cat so quickly but Pi has a way!

Pi and co have recently relocated to Calgary where he has plenty of space to play and windows to relax in front of. We recently added a third to the family and Pi has since become the leader of his own little pride.

Anyways, thanks so much to you and your volunteers for giving Pi a second chance, he never misses a day to express his gratitude to humans! Attached are some photos of Pi and company, also included is a quick clip of him playing fetch (mind the mess, just moved in!). 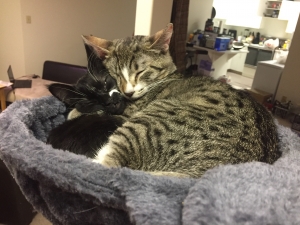 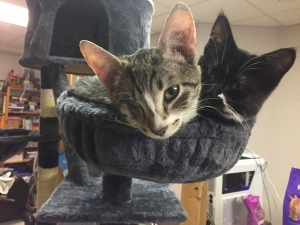 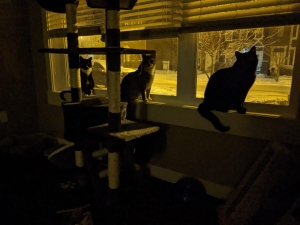 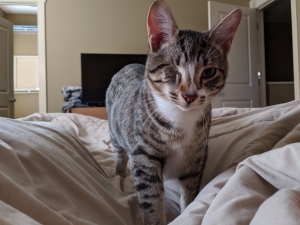 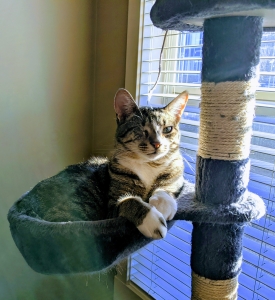 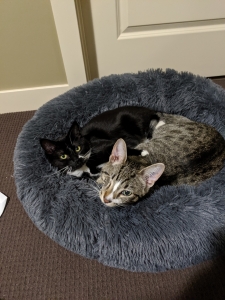 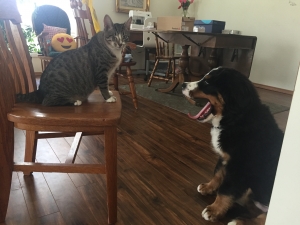 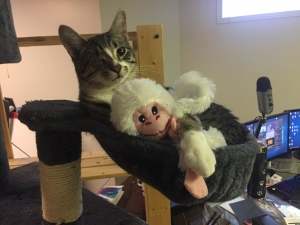 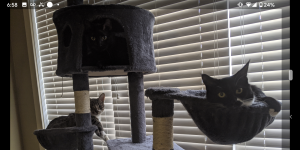