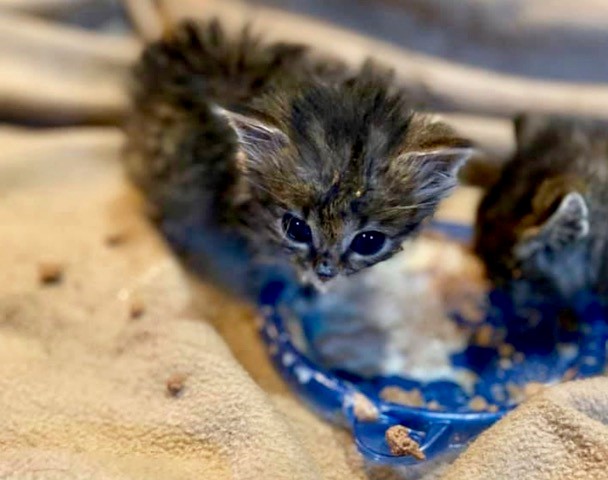 When SCARS took into care two tiny orphan kittens, their rescuers estimated them to be about two weeks old.  They were scruffy, with ungroomed and messy fur, and about the size of large hamsters. Everyone, including the vet, was shocked when upon examination, the kittens’ teeth revealed them to be at least 6 weeks old.  Given their poor condition and tiny size, their survival was in question. However, once in foster care, with the help of some high-quality food and kitten formula, these two little survivors flourished. Given the fact they were likely to be very small cats even when full grown, their foster family decided they will be “teacup cats” and named the little brother and sister after tea.

Earl Grey, and his twin sister Lady Jasmine, soon showed they were extremely good-natured little kittens, with outsized purrs and a penchant for snuggling. Both kittens typically greeted people with little “kisses” on the lips with their tiny noses, and loved to be held and cuddled when tired from playing.

Each kitten was adopted by families with young children and other animals. Because of their easy-going natures, both kittens adapted quickly to their new families, and Earl Grey (now Noodle) and Lady Jasmine (now Ginger) are living happily ever after. 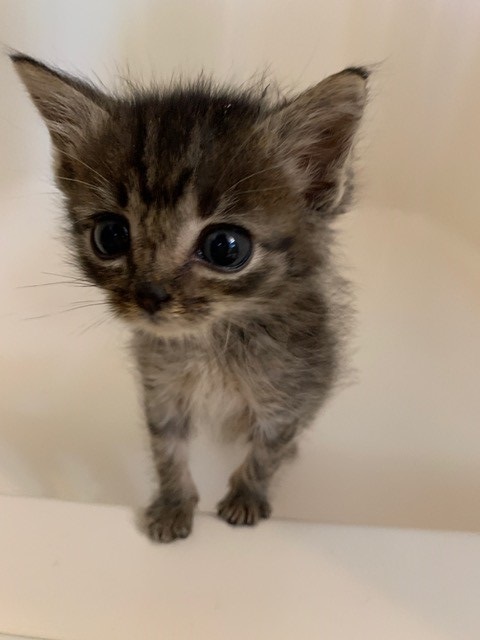 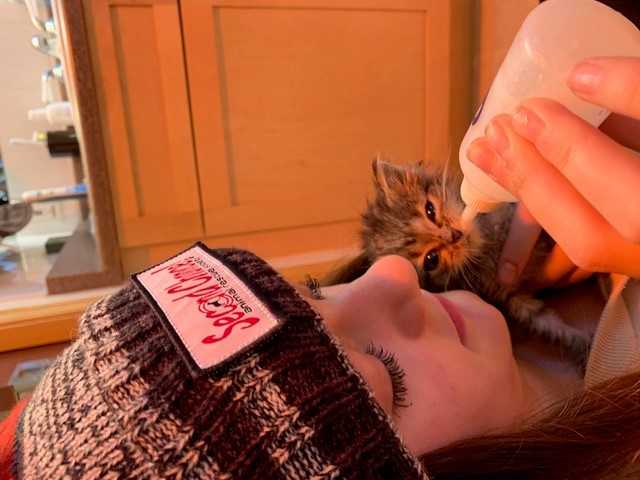 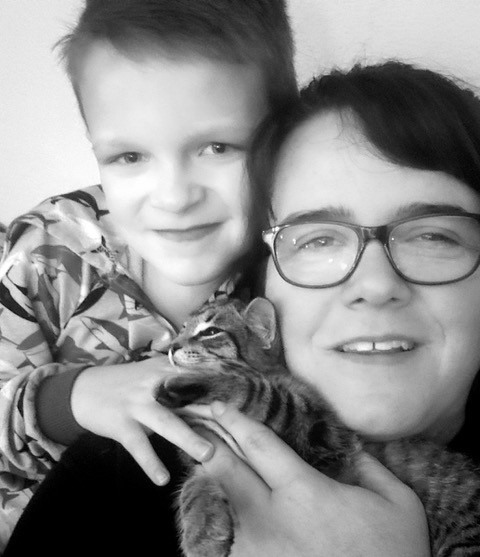 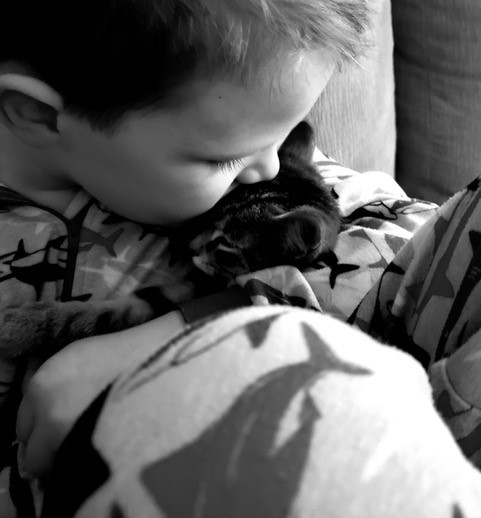