Maggs was separated from her puppies

Maggs was separated from her puppies 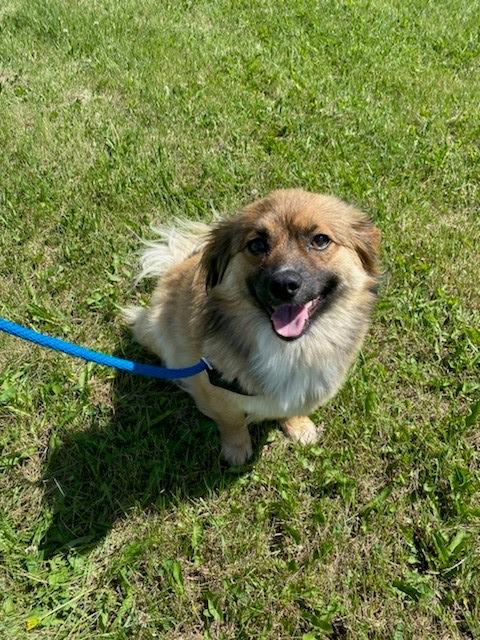 Meet Maggs! She showed up at a northern community resident’s house. They had company over to visit who immediately fell in love with Maggs and decided to take her home. Within hours of Maggs going to her new home – the home where she had been previously living, heard whining under the shed. They discovered five puppies! 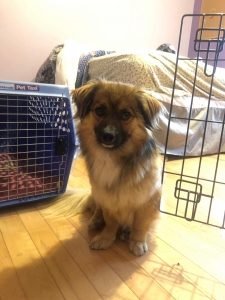 Realizing these pups would need their momma, they tried to get ahold of Maggs’ new owners. Hours passed and SCARS was contacted. In the meantime, they were bottle feeding these babies numerous times throughout the night. Unfortunately, when the new family of Maggs was finally contacted, they decided that they didn’t want to keep her and had given her away. 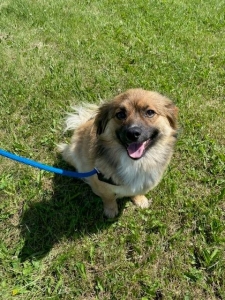 The hunt was back on to find Momma Maggs and the new owners. By the time they were able to find the new owners, Maggs had run away! Devastated, as we feared the worst, sweet little Maggs was 6 miles from where her puppies were. Through bush, busy roads, and yards with large groups of dogs,16 hours later, she showed up, frantically searching for her babies! Momma Maggs and her pups were finally reunited, all because of her resiliency to get back to her babies! Sadly, one pup passed away and momma was very stressed. However, now after her incredible journey, she is currently relaxing at a foster home feeling safe and warm. And, no surprise here, Maggs is a fantastic mom! 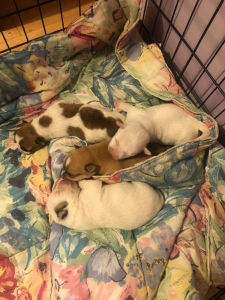